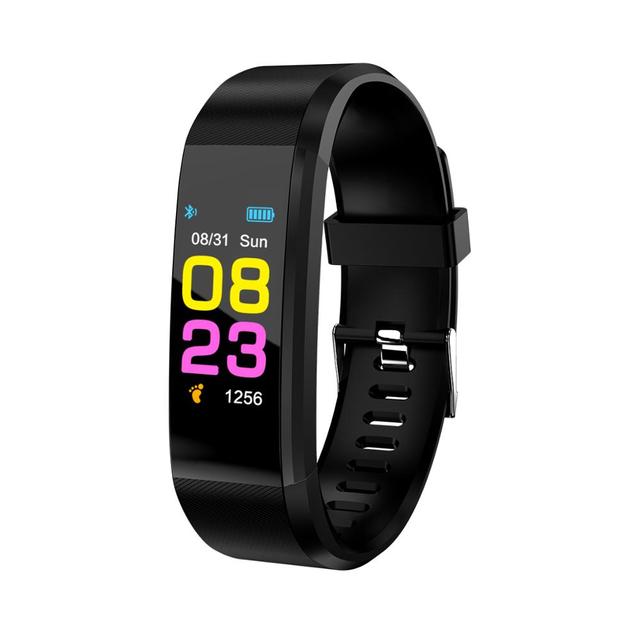 I read some of articles about this and they usually have a NRF51/52 micro with BLE.
Sometimes they have the TLRS8266 by Telink.
So I thought get one open it up, see whats inside, *RE*, profit!

Got mine, opened it up and this what I got. 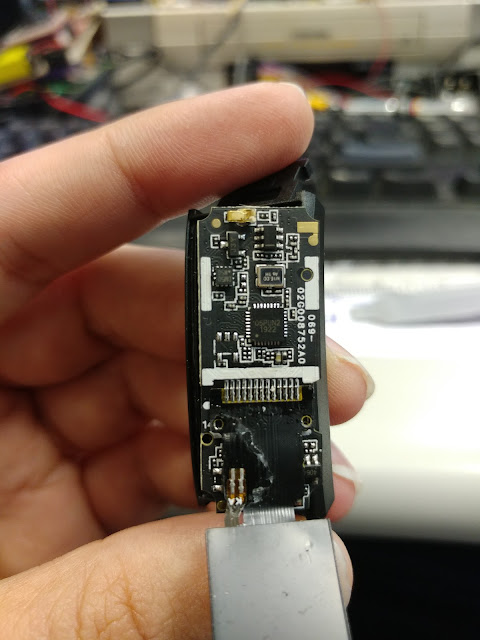 That weird chip is the MCU with markings 05PUN2 and a date code, and nothing else.

I had no idea what type of micro that is (still don't).
I've RE the APK that comes with it (luckily it was not protected), the app supports different types of
MCUs (about 49 models), some are based on TELINK MCUs there are a mentions in the code.
and something called MAXSCEND, and this is what it's based on.
No SDK no Datasheets, not info whatsoever, I have a method of uploading Firmware over OTP
(D/L of all the firmwares from the site). but they are of unknown Architecture so no idea.
I'm stuck, if anybody has any info, write in comments.

I had an idea, to port a GameBoy emulator to an ESP8266 with an LCD screen.
found a good candidate for porting Peanut-GB, it's only a single file (.H) and with
plenty of examples. 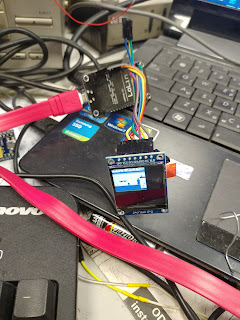 Very little setup required and a single lcd_draw_line callback, implement LCD drawing
there and voila, GB emulator on the ESP8266 (node MCU clone), but it seems
the raw power of C is not sufficient for this task, and the LCD library
that I've chosen (TFT_eSPI) and modified was also insufficient to make
the emulator run at adequate speeds.

Games are stored in the flash using bin2hex.


It seems that no matter how hard I tried to optimize the code the drawing part
would always lag, if we remove the LCD part, the core did have enough
time to emulate the game, but I think an emulator without a screen
is not a good emulator :) 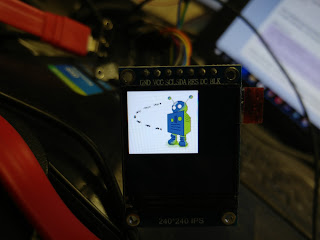 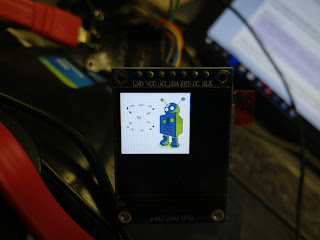 What did I try to do:
1. ESP runs at 160 MHz, I can try to use NO_SDK (run at 340 Mhz) by CNLohr but the SPI bus is        affected by it.
2. Optimize the gb_draw_line up the wazoo, replaced all multiplications with right shifts.
3. Added per line hash drawing capabilities, so if the pixels of the line did not change, don;t draw            them, helpful with static games, not so much with scrolling.
4. Moving the game code to DRAM, did not produce significant speed ups. *
5. DynaRec? will probably require a lot of RAM and we have only 32000 bytes left.

* One of the issues that I've encountered is that the game needs to reside on the flash,  but because of alignment issues (the game is a an array of bytes [8-bit] but the memory of the ESP is 32Bit) the reading is slower.

I had a need to program SPI eeproms so looked around and found this for Arduino and off-course
it requires a 3.3V Arudino, I only had the Blue pill clone so I adapted the code and modified it
slightly to work with the pill attached is the connection schematics and code.

You will need to program the Pill with a bootloader for it to work as Arduino board. 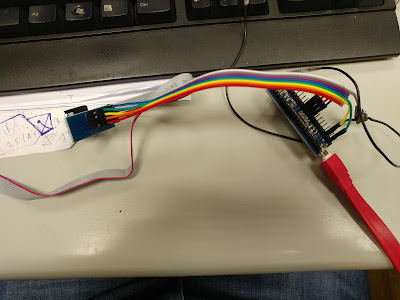 Also add a clip into the mix and create an ICSP.

You can use a serial console directly on the pill or the python script on the original repo
tested on Windows and Linux.

I was rummaging through my collection of old hardware and came across a HP storage module labeled:

and it had a nice LCD on it so decided to see if we can use for something.

After extracting it, it became obvious that it was a separate module with:
* LCD
* Microcontroller
* buttons
* Dual color leds
* EEPROM memory 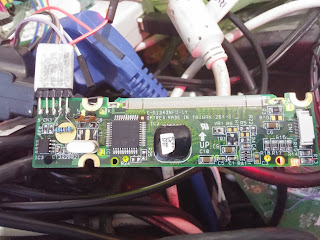 That's great they even left pads for in circuit programming.

Here are the connections: 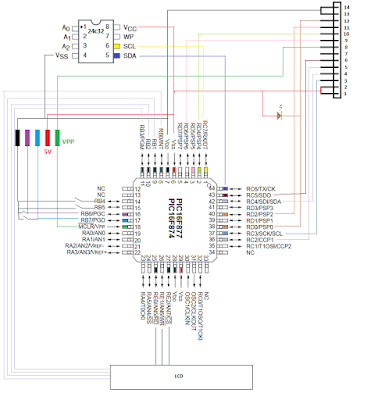 You will need an ICSP capable programmer, to program it.
Word of warning while programming, connect the 5V line to an external power source, most
programmers have insufficient current to supply the board.
I successfully programmed it with Pickit 3 and the Minipro programmer.

The LCD has weird display ROM the character map is "funky" to say the least, only space numbers and English letters are where they supposed to be, everything else requires some searching. 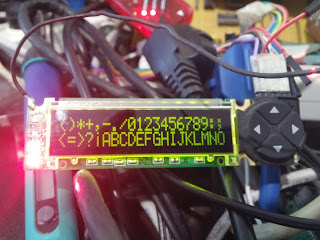 Attached is the source code which is in C, for MLAB X ide.
I have modified my version and added a 20Mhz crystal, I've removed a resistor (R24) from the RC circuit and added a resistor between MCLR and 5V, the code is written for the Crystal, should work for RC but the config bits need to be changed.
Sources

Here is a quick way to configure a TFT display with a ILI9341 driver.
This should work with most (if not all) of Orange PI boards that are based on H3 (no Pi Zero).
I use Armbian as the OS.
such as: 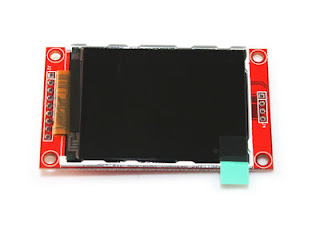 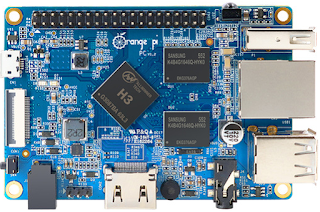 here are the connections that are needed:

Once connected, install Armbian for your board and connect to a network.
Find the IP of the device (connect to a screen and a keyboard, use the log of the router and etc.)
Putty/ssh to it, login (user: root pass:1234 , it's the default values - please change the password to something more secure)

The TFT screen should be ON (white or black screen) with nothing on it.

Create a new file /etc/modules-load.d/fbtft.conf with the following content:

Here is a schematic for a convenient circuit to connect a micro to RS232 (COM) port using only common parts, no MAX232 and such.

PIN 1 requires VCC the same voltage that the Microcontroller uses

Tested up to speeds 115200, used in many projects, ESP8266,sniffing router ports and the likes.

Email ThisBlogThis!Share to TwitterShare to FacebookShare to Pinterest
Labels: Electronics

Found an old LED display from a Motorola MicroTAC with the markings SDA5714
Looked around the internet and found info mostly in Russian and with different code for atmel but not Arduino, decided to create a sketch with pinouts and a comprehensive example that uses both rows and the other LEDs (phone icon dots and etc), the font is implemented in the code, so you can modify it.
So here it is in action. 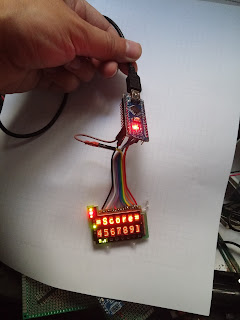 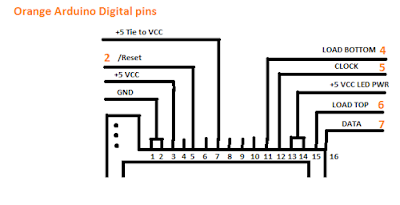 Here is the Arduino Sketch
Hope that helps anybody.
Posted by Ronen K at 11:35 AM 4 comments: